When you have three young CEO’s, one who works on water, one who understands Sentiment and one who optimizes health and leverages technology for the greater good, we’ll be as challenged in our beliefs as our assumptions are challenged, just as they have been. I hadn’t planned to bring three guys together, pure happenstance!

Join me, Charlie Byrne, CEO of Engager, Sean Greif of Moon Tour and Gary Kealy of Night Raven at our next Dublin Breakfast Event..

I may not be as young as I was, as fit as I’d like to be, though time has increased my abilities to recognise there’s plenty to gain from bringing people like these great guys together for Breakfast !

Join us. Be Challenged. Be part of our ‘Conversation’, A great opportunity to continue the dialogue we started in January with Dr. Annette Clancy.

Sometimes, you’ve got to take a stand and question whether current thinking is perhaps a little warped – or still works 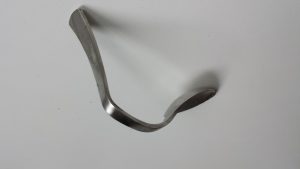 Sometimes it is not enough to ‘go with the flow, to feel you’ve met the brief, ticked all the boxes.

Sometimes you have to question the decisions you’ve made and continue to make and maybe re-evaluate if you’re getting the best outcomes from the decisions you’re making – which generally…. are being made using our past experiences and may not be reflecting current needs.

This day in two weeks time, we’re doing just that and getting to hear what some of today’s younger CEO’s are thinking.  And we’re getting a male perspective too.

What does human centric really mean in the mindset of emerging leaders?

How much can we learn from them – and them from us?

It has to be said that without the consistent encouragement and support of people like Jan Cooke, Events Manager for the Bank of Ireland, there are days I would just…. give up!!

Launching something new can be terribly exciting but once the novelty wears off, then the hard slog begins and having people around you like Jan and Montrose Branch Manager Gavin Leech makes all the difference. Their drive and interest in what you’re doing, where they can help keeps you going, as let’s face it, keeping momentum can be challenging.  Talking of challenging…

On the 22nd March, we’ll be having our next breakfast meeting at the Bank of Ireland Enterprise Lounge, Montrose  with a diverse panel of contributors to ‘Challenge Assumptions’.  My vision for the breakfast meetings is simple:  in bringing together HR and leadership professionals, we gain a better understanding of what’s important.

‘creating a culture of conversation’.

As we bring people together to work collaboratively within an increasingly multi-cultural workplace, we’re shaking things up with lively dialogue before the day has begun, great connections are made and amazing things unfold..

Later the same day, thanks again to the Bank of Ireland, we’re launching Much More Than Words ‘Multi-Cultural Exchange  in the evening at the Trinity Enterprise Lounge.  My vision here is building a collaborative community where non-native English Speakers working across a wide range of disciplines can boost their language competency and become more effective communicators, whilst using their skills to help other people.  Again a place where  it’s a WIN/WIN. Not everyone works for larger companies where training is available and this, we feel is a good way to help fill what our research shows is a much needed skills gap.

In talking with participants of a Much More Than Words workshop we ran back in the Autumn, I was reminded of how strongly I too felt when working overseas about ‘not being who I thought I was’. What I mean by that is that in another country and not being as able to express myself as well as I might in my own language, I somehow felt ‘less’ and undoubtedly lost out, as did the company in different ways.

It was if I had lost part of my identity because I had mentally defined myself by what I did, rather than who I was. I felt as if someone was going to tap me on the shoulder and whisper ‘Psst… what are you doing here’ and that I was an imposter somehow because by the time I opened my mouth to say something, to contribute in team meetings, all too often the conversations moved on before I had a chance.The problem was not that I lacked the ability to speak in French,  but I lacked the confidence to just say what I meant and not worry about speaking perfectly.  I believe it was this lack of confidence in my early working life that led to emotions getting the better of me and working in the world of advertising, I needed to brave up fast, which I did but paid the price, a story or two for another day.

Lack of Confidence can mean missing out

But I learnt plenty from those early years.  That our experiences and emotions do indeed shape us and as my career progressed, I had a responsibility to those who worked in my teams to make sure how I handled situations didn’t have a detrimental impact like some of my earlier experiences had on me. Whether you are working and speaking in your own language or another, self confidence is key to performance.

Had I been a stronger, more resilient person and not so self conscious perhaps my ‘strangeness’, my identity as the girl from London could have been used to my advantage, as ‘a wild card’ and I would have played it stronger. But my emotions won and got the better of me.

In the workplace, how we see ourselves and others see us impact hugely on our ability to perform.  How we are treated by our peers and those who lead the organisations we find ourselves in impact in ways previously considered less important perhaps than they are today.

The Organisation as an ‘Emotional Arena’

Dr. Annette Clancy from the Quinn School of Business in UCD  will be sharing invaluable insights on the 18th January, at the first of our Breakfast Events for 2017 to be held at the Bank of Ireland Enterprise Centre, Montrose, Dublin.  If you’re involved in HR or a leadership role and can make it, I feel sure this will be time well spent. If you’d like to know more, you can call me directly on 086 8572005.

‘THE ORGANISATION AS AN EMOTIONAL ARENA’

Our 2017 Breakfast Series begins on the 18th January with Dr. Annette Clancy, Assistant Professor of Organisational Behaviour at UCD College of Business.

She’ll share invaluable insights and open up the conversation with HR Specialists attending.  If you can, join us for lively discussion around what we believe really matters. At a time when technology is fast replacing the need for human intervention, never has the importance of respecting the true value and potential of ‘our ‘human capital’ been more crucial along with the need for human connection..

Janie Lazar and Andrea Goldman of Much More Than Words hope you can make this early morning meeting. Space is limited, booking advisable.

‘Much More than Words’ focus on boosting communication skills in the Workplace – especially in organisations with a multi-cultural workforce. Having worked overseas, we know what it’s like to be competent, fluent even in another language and yet, not confident enough to fully engage and integrate effectively. Helping all employees through our integrated training approach to get up to speed faster and maximizes their true value and potential. 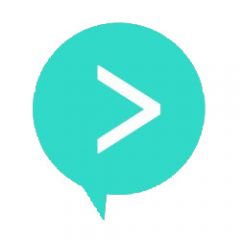 Writing is something that you either love to do or find extremely hard.  In founding MUCH MORE THAN WORDS my intention was and remains to blog as often as inspiration hits.  It’s a great writing discipline and another way for people who are interested in what we do to both continue their learning journey with us and a ‘conversation’  of sorts. 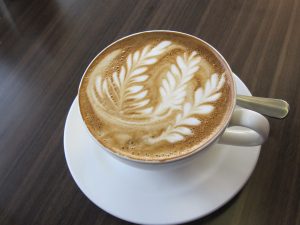 Every day I make time for a conversation over coffee with someone with no specific goal in mind and everyone has a different story,

Organisations now accept writing in your own language (and particularly when writing in a language that is not your own) can be extremely difficult.  And yes. There is a significant difference between writing something for someone to read and presenting or speaking in public.

Knowing how best to deliver with feeling, with impact to maximize the value of your material is perhaps one of the hardest ‘nuts to crack’.  You really are ‘much more than words’..

Face to face communication, presentation and public speaking skills can be continually honed.  So too can your writing skills. Of course there is a natural fear when you commit words to print.   After all, once it is written, and especially once it is posted either on the internet or emailed, it is ‘OUT THERE’.  Written evidence if you like.  And what you say on-line needs to be congruent, to be in your voice.  You don’t want to be a cardboard cut out of what you think you need to be, rather than who you are!

I write from my own experiences, training and learning. And you are more than welcome to email me directly to pursue a conversation on anything I write! I doubt there is very much at all in what most people write that is totally unique and original, however the way in which these thoughts and opinions are expressed will be.  Just like communication face to face. The difference lies in how we express ourselves. This is the essence of how I work, helping people find their own style so they be themselves rather than a ‘cardboard cut-out’ lacking substance. Instead, in being yourself is liberating, giving richness to all you do.

In the words of Oscar Wilde…Be yourself, everyone else is taken

So here’s to good conversations here and face to face.

At least once a week, it is my personal goal to talk to someone I meet, FACE TO FACE and have a real connection with from our Much More Than Words (MMTW) Community of Amazing People. A real cultural exchange. Why not do the same!

Challenging Assumptions  Our next Dublin Breakfast Meeting for HR and Leaderhship Professionals.