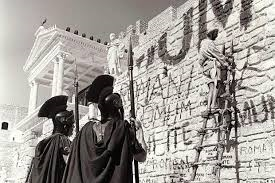 YOU ARE SO LUCKY…if you are reading this in your native language! English has become the unofficial official world language.  The number of English language learners worldwide is up to 1.5 billion, according to John Knagg, a lead representative of the British Council. They are learning from kindergarten to post-retirement in order to graduate, get a job, get a promotion, learn, network, meet people, engage with and serve tourists, read newspapers, specialist journals and online article, engage in social networks, travel, fly a plane…and much more.

For employees in many countries learning and improving one’s English is a key element of CPD (continuous professional development) or formation as the French call it. While English speakers can get spend their evenings watching soap operas, the latest on Netflix or more ambitiously taking improving night classes in bicycle maintenance or sugar craft, a very high percentage of non-native speakers are heading towards the millions of Language Schools worldwide to move up through the 7 *CEFR levels of English to reach as close to proficiency (C2) as possible.

How do all these learners learn English? Well almost certainly not the way you learnt Irish or even the way our children are learning French now.  Knowing how to speak English is critical and therefore the methods have to work. Before it became the world language it was taught in what is now called the Grammar-Translation method. It is how it sounds and unfortunately is still used to teach some languages to this day.  Really it is only an appropriate method for learning Latin.

Because learning English is seen as the key to advancement, development and employment, the methodologies available to English language teachers are arguably amongst the most modern in the education world.  A lot of money and time is spent in the English language departments of third level institutions world-wide to develop the best teaching practices.

Furthermore a high percentage of English language students are adult professionals and therefore are highly motivated, have limited time and exacting standards for the quality of their English lessons.

Fortunately, the Grammar-Translation method has been mostly overtaken.  The main approach is the communicative approach which is based on the general idea that most people learn English so that they can communicate in it. Most learners want to be able to speak and understand spoken English. How to teach communication is trickier and subject to changes and fads.

It is no longer acceptable to just chat with students.  It turns out it is not that effective! Pity! In my early career some of my favourite classes were just chats with interesting people from all over the world.   In those early hippyier days explicit error correction was also frowned upon.  However the latest research seems to show that learners (adults at least) want their errors pointed out and corrected, and that such error correction leads to better learning than sensitive pussyfooting around. 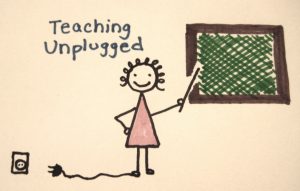 The most intriguing but less popular method is the Dogme method, which came out of a Danish school of film thought in the 1990’s which wanted to eschew the Hollywood obsession with technique, technology and artifice. Applied to language teaching, the students, their stories and their needs replace the endless photocopies, textbooks, workbooks and the CDs. This especially appeals to the many English teachers who dread the pre-class queue for the photocopier which inevitably starts chewing up paper and hissing as soon as it is your turn.

The commonest methodology is called PPP: which is modelled on the steps linguists believe learners follow to learn a new language:

One of the newer methodologies is Task Based Learning (TBL).  This approach essentially turns PPP on its head.  Learners are given a meaningful task to work on, usually in groups.  As in the fluency lessons the teacher acts as a facilitator, moving around to support learners based on their questions.  The learners work autonomously on the task, using whatever resources they have to hand: dictionaries, mobile phones, internet, books, each other etc. to carry out the task.  The idea behind TBL is that, in the desire to carry out the task, the learners will search out the language they need as a consequence. The teacher then gives them feedback on their completed tasks.

This is particularly successful when used in the workplace, as the learners will be even more motivated to carry out a task as it may be a task, or similar to a task they actually have to carry out in real life but through English: for example a presentation to a visiting client, a meeting with employees from other from branches of the company abroad, or simply pre-international seminar networking or socialising.

Methods of language teaching are constantly evolving and language teachers, like all professionals cross the spectrum from excellent to adequate to not yet able. If English is taught badly, and it still sometimes is, the gifted or those lucky enough to be totally immersed in the language will learn anyway.  However many have to learn English and need effective teaching.

There are thousands living and working in Ireland who still need language support like they did when they were living in their native countries.  One of my students, Monika from Lithuania, lives in Cabinteely with her Lithuanian husband and their Lithuanian housemate.  She buys her groceries in Lithuanian stores because does not know the English for the Lithuanian staple: kruopos, and has her hair cut by a Lithuanian hairdresser because she does not feel she has good enough English to have her hair cut by an English speaking hairdresser. Monika has been living and working in Ireland for five years. 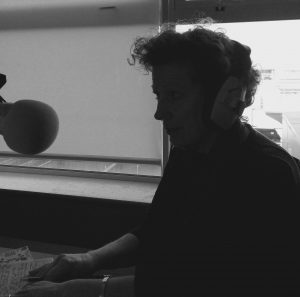 Much More Than Words: ‘In Our Own Words’

We talk about MMTW on Dublin South FM 93.9

With Padraic Marren  on ‘The Business Eye’

Preparing for Interviews – Yes, we train people in this area too!